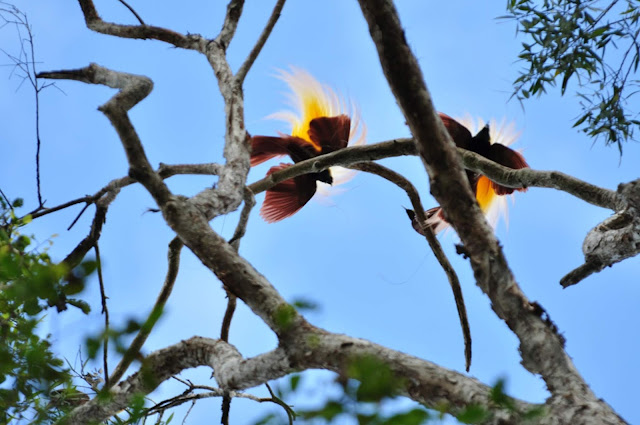 On Wednesday, March 21, 2019 the DPRD of West Papua Province has passed the Special Regional Regulation (Perdasus) for Sustainable Development, which makes West Papua the first conservation province in Indonesia even in the world.

The newly approved West Papua Sustainable Development Province places sustainable development and conservation at the forefront of every economic and development activity.

The ratification was carried out along with 6 other Perdasus at the West Papua Provincial House of Representatives Plenary Meeting The 1st Session Period, 2019 which took place last Wednesday.
Chairman of the West Papua Provincial Parliament, Pieter Kodjol, said that the special regional regulation on sustainable development is to ensure that development in West Papua is carried out in accordance with environmental regulations, as well as ensuring welfare for the community.

Pieter also said that the use of natural resources according to the rules for indigenous Papuans is very important, because the existence of indigenous peoples and indigenous territories has been recognized by the state.

The West Papua Conservation Province will protect the marine and terrestrial ecosystems known as the most intact ecosystems left in Indonesia, promote the development of sustainable livelihoods, and recognize the rights of indigenous peoples.

In 2015, West Papua first declared it would become a conservation province and was a significant change in moving towards more sustainable development.

“In places of vital biodiversity such as West Papua, the stakes are high with a thin margin of error, so reconciling development and conservation is something we must improve. Now the world can see West Papua as a new global standard. These regional regulations help show that protecting the Earth’s ecosystems will open up values ​​for sustainable development and livelihoods. This is a blueprint for development and conservation that benefits all people on Earth, “said Jennifer Morris, President of Conservation International through her written statement received by Beritalingkungan.com.

“Thanks to everyone involved, including our Conservation International West Papua Team, this breakthrough policy shows that we can face challenges in our time,” Morris continued.

“To the West Papua Regional Government, Governor Dominggus Mandacan, and staff, thank you – for acting now and for future work. We are inspired by your vision and hope to work with you to make it happen,” he said.

This new policy will bring together communities, government agencies, non-governmental organizations and academics to determine the path to sustainable development. The policy establishes a government framework that supports economic development, community welfare, and conservation of biodiversity and ecosystem services for humans, including sustainable management of natural resources.

An important part of this new policy includes the empowerment of Papuans through the protection of natural resource rights and the provision of equitable and sustainable development. Home to 870,000 people, 80% of Papua’s population depends on nature for their livelihoods.

West Papua, located on the Bird’s Head Seascape, is one of the most biodiverse areas on Earth, home to more than 1,800 species of fish, habitat for 75% of the world’s hard coral, and to this day new species continue to be discovered. With 90% of forest cover, this forest ecosystem is the second largest rainforest in the world, most of which is still unexplored.

This province of 120,777 km2 also has the largest mangrove forest in the world, and a significant area of ​​peatland. Mangroves and peat are ecosystems with a content of four times the amount of carbon compared to tropical forests, and it is very important to combat the rate of climate change. (Marwan)